An AutoStore installation at its main logistics center in Germany has enabled building supply company Richter+Frenzel to remain agile in a competitive environment.

Richter+Frenzel is a German wholesaler specializing in plumbing and building supplies. The company was founded in 1895 by Emil Richter and Ernst Frenzel in Nürnberg.

At first, the business specialized in sewer equipment and gas piping, employing only ten people. However, Richter+Frenzel grew rapidly, and by 1936 had branches in four German cities. Unfortunately, of these branches, three were destroyed during World War II.

Despite this setback, the dynamic company resurrected itself. By 1950, Richter+Frenzel had expanded to eight locations, and by 1984, the company had added nine more. By 2007, they started doing business in former East Germany, operating in eight different locations with a total of 700 employees.

Today, Richter+Frenzel’s central logistics center is in Reichertshofen near Ingolstadt, from where supplies are shipped to several branches and thousands of customers. The company currently has over 4,200 employees at 180 locations in Germany and deal with goods from over 1,800 manufacturers in the sector.

We wanted to create a logistics center for the future.

It’s in Reichertshofen that Richter+Frenzel installed a fully automated AutoStore system, empowered by Hörmann Logistik, for storing and assembling small parts. The installation started in November 2018, and the system went into operation by the summer of 2019.

“We wanted to create a logistics center for the future,” Anika Korona, former Technical Director at Richter+Frenzel, said at the time.

Hörmann Logistik developed the HiLIS AS warehouse management system used at the facility to manage the container contents and control all picking processes.

The AutoStore system at Richter+Frenzel

The benefits of AutoStore to Richter+Frenzel

Although installing any automated warehouse management system requires substantial investment from a company, it doesn’t take long for the benefits to outweigh the costs.

At Richter+Frenzel, order picking has become a completely automatic process, and the centralized location for distribution has simplified the ordering process nationwide. AutoStore has also optimized storage space: goods are now packed in layers rather than on shelves or pallets.

“The great advantage of AutoStore is that it offers a very compact storage option because there are standardized modules that also have a very high level of availability,” says Robert Heinz, Manager: AutoStore at Hörmann Logistik. “The reliability level of the system is very high.”

Another benefit is that employees no longer have to do time-consuming manual picking. The system saves on labor and energy costs and can also work around the clock.

In addition, the picking error rates are significantly lower, which means orders can be dispatched to clients far more quickly. And, as the system can easily be expanded when necessary, Richter+Frenzel is ready for future growth. 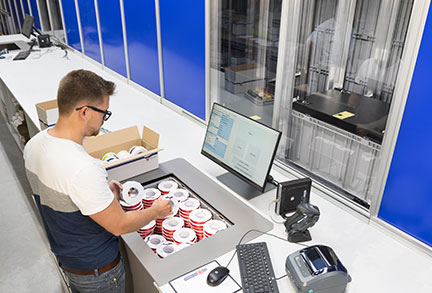 German ribbon and gift manufacturer C.E. Pattberg installed AutoStore to help with the Christmas rush at their warehouse in Hättingen. Find out how the system boosted their efficiency. 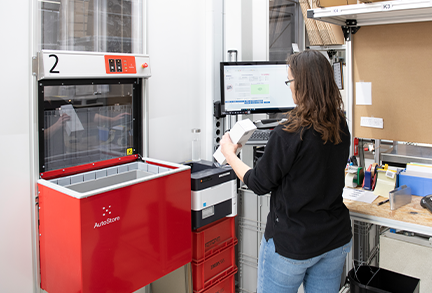 S. Siedle & Söhne, specialists in building communications, chose AutoStore to improve their warehouse efficiency and prepare for the future. 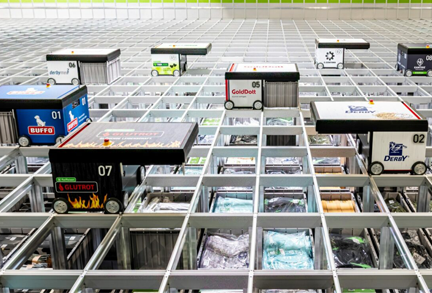 Empowered by
AM Logistic Solutions